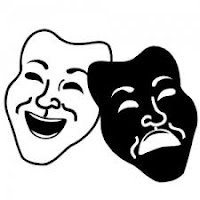 Congratulations to the students that made the RHS Improv Team (Alexa Ballard, Captain).  We will be preparing for a fun Improv Show (with the Off-Broadway Theatre troupe) in December for Silver Rush.  Come see these funny people.

Drama Club shirts are available to ALL RHS students for $10.  Pay in the Main Office under Drama Club.

Please pay off all class fees by the end of Oct.

Congratulations to the following students who will competing at the Utah High School Shakespeare Competition in Cedar City UT October 1-3.

The Riverton High School Drama Dept. is already off and running with 3 major auditions behind us.

The RHS Performing Arts Dept. is proud to present, Disney's Mary Poppins Nov. 19, 20, 21 and 23rd at 7:00pm.  There will be a special Saturday, Nov. 21st matinee at 2:00 p.m. (with a special Spoonful of Sugar Tea Party with Bert and Mary preceding that matinee).  Tickets will go on sale in the Main Office Oct. 12th.  RHS students have a special Student Appreciation night on Thursday, Nov. 19th where they will get a $1.00 off their ticket with their RHS ID.  Get tickets for the whole family before they fly away...

If you have a business you would like to advertise in our program (or help be a sponsor for our Tea Party), for Mary Poppins, please contact Mr. Clin Eaton at clin.eaton@jordandistrict.org to find out advertising rates.  We have a variety available and would like to help feature your business!!

Grace Driggs is a senior at Riverton High School who maintains a 4.0 grade point average. She is the oldest of six children and loves spending time with her family.  She has taken mostly college level classes here at Riverton High. She is enrolled in three Advanced Placement courses this year and has taken and passed five AP classes with high scores in the past.  Grace is the current secretary of the National Honor Society and has earned her academic letter.  She has many talents among them being really good at math. She has used that talent to create a fairly lucrative job of tutoring kids after school.  She loves all sports although she is not involved in any particular sports team. She loves to run and play tennis.
Grace is very outgoing and friendly.  She was voted 1st attendant at Homecoming this year.  She loves helping people and tries to give service whenever she can.  She is a peer tutor in the special education department.  A perfect day for Grace would be watching the movie “Megamind” and eating corn. She can beat almost anyone on the “name that line in a movie game", especially Disney.  She has plans on serving and LDS mission and attending college to pursue a master’s degree in math or science.

Howard Scott Jacobson III is his full name but everybody calls him Trace.  Trace is a senior at Riverton High School who maintains a 4.0 grade point average. He scored 33 out of 36 on his ACT.  Trace likes to challenge himself in school. A majority of his classes are honors or college level classes. He has received two academic letter awards. Trace has been very involved in sports at Riverton High. He has lettered in track and basketball and has played on the golf and baseball teams for two years.  He is planning on continuing to play basketball for Riverton in his senior year. In addition to all his participation in sports, he is a member of Health Occupations Club and the National Honor Society.  He has received his   Eagle Scout award and has volunteered for the Make A Wish foundation. He plans on serving an LDS mission and attending the University of Utah to major in Biology and eventually become an Orthopedic Surgeon.  His goal is to have a great family and a wonderful career. 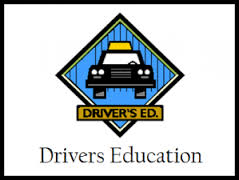 Thank you for not parking in the maroon parking stalls in the north parking lot between 2:30 & 7:00 p.m. Monday – Friday and Saturday mornings. We would rather not tow your vehicle as it is expensive for you to retrieve it!  Park in a yellow stall and you will be safe! Thanks for your cooperation. Always assume there will be a range…

It is time for you to get your Learner Permit if you have not already done so. You need to obtain your permit from the Utah Driver License Division BEFORE the quarter begins (driverlicense.utah.gov). You must score a minimum of 80% on the Utah Driver Handbook examination to apply for a Utah learner permit. Coach Galley has Utah Driver Handbooks available free of charge in his classroom and he also offers the test free of charge in Room 2626 before school (Mondays & Tuesdays) at 7:00 a.m. You may also go directly to the D.L. D. to take the test. If you do not plan on getting a learner permit, please see your counselor to transfer out of 2nd quarter Dr. Ed. Thanks!

Our popular Dr. Ed. Parent Nights are scheduled in the auditorium each quarter for the parent(s) of current Dr. Ed. students. We encourage you to plan ahead and save the date. Please note that the general public and family members or friends are invited to join us at this powerful presentation. The Zero Fatalities Parent Night is informative and life changing.

Juniors, the PSAT will be given the morning of October 14, 2015.  There is limited space so it will be first come first serve. The cost is $17.00.  Remember this is the only way to receive National Merit Scholarship money plus it is excellent practice for the ACT that you will be taking in the Spring.
Posted by Unknown at 12:49 PM No comments: