The following students were honored at the MESA (Mathematics Engineering Science Achievement) Awards Banquet held on April 29, 2015.  Congratulations to these 3 students! 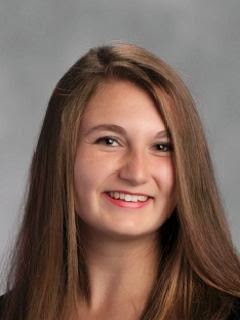 Sierra Spencer - Outstanding Math
Sierra is highly motivated, mature, independent, has enthusiasm and possesses leadership skills.  She is a 4.0 student and has taken a very rigorous schedule including several AP, and Honors classes.  She is ranked #1 of 648 students.

Sierra is interested in careers in math or science.  She plans to complete a Bachelors degree and possibly a Master's degree.

She likes to play the piano, read and water & snow ski.

Sierra will be successful because of her zest for life. 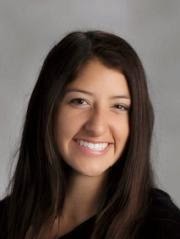 Rebecka Olivares - Outstanding Science
Driven is the best word to describe Rebecka.  She is driven toward becoming a Biochemical Engineer and is working toward that goal.

Education to Rebecka is more than just grades.  She has completed a rigorous schedule while attending RHS, consisting of 9 honors classes, 5 AP classes and 4 concurrent college classes.  She is currently enrolled in the biotech program at the JATC.

Rebecka loves to play soccer and has been a member of the RHS Girls Soccer team.  She also loves to serve and has spent several hours donating her time at Christmas, going to the food bank and was involved in the school's annual charity drive.  Rebecka was granted a MESA Scholarship but was unable to accept because she will be attending school in Colorado. 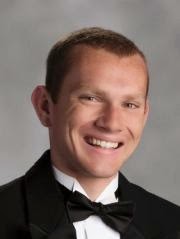 Keegan is very mature for his age and has a lot of inner strength and determination.  He also possesses great people skills.  Keegan is a very kind and caring person.

Keegan is a 4.0 student and has taken a very rigorous schedule including several AP, Honors and Concurrent college level classes.  He is ranked 1 out of 648 students and scored a 33 on the ACT.

Keegan would like to become a Nero-Scientist, focusing on research and cures for neurological diseases, specifically Alzheimer's disease.  His goal is to obtain a masters degree in Nero Science.

Keegan is the president of Science Olympiad, and is a member of MESA.  He also is part of the NHS and has served as a Senior Patrol Leader with the Boy Scouts.  He has placed in several state level competitions for MESA and in Technology.

Keegan has been involved with many community and scouting activities.  He is also participating in an internship with InnovaBio.  I fully expect Keegan to find the cure for Alzheimer's!
Posted by Unknown at 9:35 AM